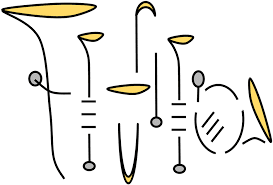 The Loudoun Brass Quintet enjoys performing a variety of music from the Baroque and Renaissance to Broadway and Jazz. Events include informal winery and cafe gatherings, church services, and educational outreach.
For more information, please contact us at 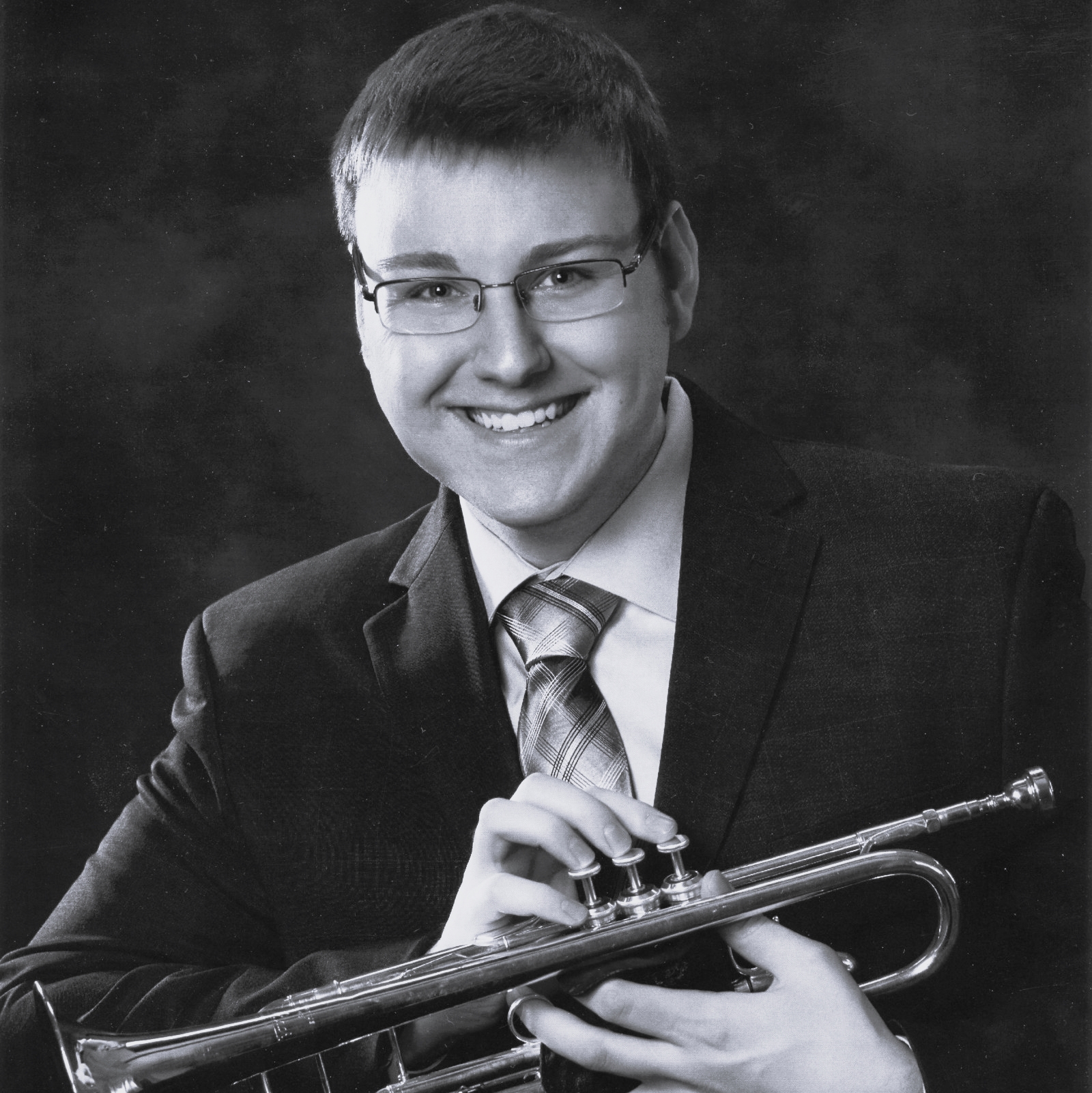 Mark Davis is a 2021 Masters Degree graduate of the George Mason University School of Music in Fairfax, Virginia.  During his time as a graduate student, Mark performed with the Wind Symphony, Symphony Orchestra, Opera Orchestra, Brass Ensembles, The 8th Green Machine Regiment Band and Trumpet Ensemble.

Mark completed his Music Recording Technology Certificate Program in December 2017 at Northern Virginia Community College.  Mark has performed in Next Stop Theatre Company’s productions of Beehive and Matilda.  He also has played with the Washington Metropolitan Philharmonic and the Loudoun Symphonic Winds.   In addition to performing, Mark is a substitute teacher for Loudoun County Public Schools and teaches private lessons at Melodee Music in Sterling, Virginia.

In 2015 Mark received his bachelor’s degree in Trumpet Performance with a minor in Jazz Studies from Mason’s School of Music. While an undergraduate, Mark performed with the Trumpet Ensemble, Brass Ensemble, Symphonic Band, Wind Symphony, Symphony Orchestra, Jazz Ensembles, Athletic Bands, and the Herald Trumpets of the American Festival Pops Orchestra. He volunteered for the National Trumpet Competition held at Mason and performed with The Friends and Family Chamber Orchestra of Fairfax. Mark is a member of the George Mason chapters of the Golden Key International Honour Society and The National Society of Collegiate Scholars. In 2012, Mark raised funds for the Alzheimer’s Association in memory of his grandfather, a music conductor and educator.

Prior to college, Mark was a trumpeter in the 2010 U.S. Army All-American Marching Band and the principal trumpet of the American High School Honor Band’s 2010 Carnegie Hall performance under the direction of H. Robert Reynolds. That same year he received the U.S. Marine Corps Semper Fidelis Award for Music Excellence. Mark is a member of the International Trumpet Guild. 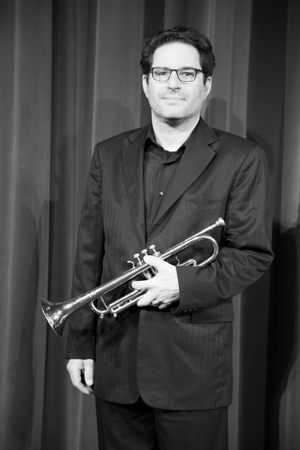 John Paganelli first started playing the trumpet in 6th grade and has never stopped. He has studied with Terrance Detwiler of the US Marine Band and John Blount of the US Navy Commodores. While earning a degree in engineering at Virginia Tech, he played with the Marching Virginians, the basketball Pep Band, the Concert Band, and the Touch of Brass quintet.
After graduation, John played with the Potomac Jazz Orchestra and the Vienna Community Band. He also performs with the Loudoun Jazz Ensemble.
John also loves musical theater and has played for numerous productions with the Reston Players and Sterling Playmakers including Annie, Seussical, Oklahoma, Brigadoon, 1776, and Guys and Dolls. 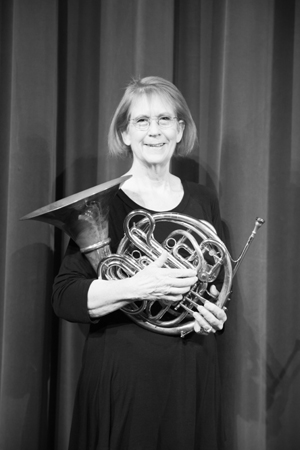 After earning a BS in Music Education from West Chester University of Pennsylvania, Pam Mesite served as principal horn and librarian with the Quantico Marine Band in Quantico, Virginia. Upon completion of her enlistment, Pam earned a Master of Music from Ithaca College where she studied with Jack Covert. Other principal teachers include Mary Bisson and Sylvia Alimena.
Pam is a member of the Loudoun Symphonic Winds, the Hagerstown Municipal Band, and the Maryland Military Band. She plays with the Columbia Orchestra, the Ken Ebo Jazz Band and pit orchestras of The Arllngton Players and Heritage Players. In real life, Pam is a librarian at the U.S. Food & Drug Administration where she serves as the FDA Library's Information Systems Services Coordinator. She holds a Master of Science in Library Science from The Catholic University of America and a Master of Science in Advanced Information Technologies from Stevenson University. 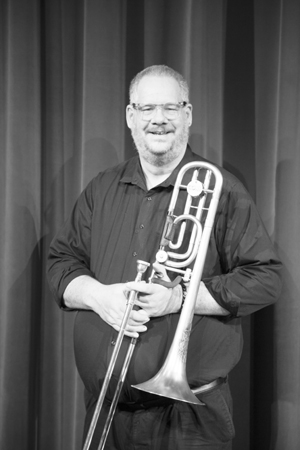 Charles (Chuck) Schmidt received his Master of Arts in Performance from George Mason University in 1993 where he studied trombone from Dr. Paul Schultz (U.S. Army Blues, ret.) and played under the batons of Professor Anthony Maiello and Col. Arnald Gabriel. He received a Bachelor of Music Education and Performer’s Certificate from the Crane School of Music, Potsdam, New York, in 1988 where he studied trombone with Richard Cryder and Dr. Mark Hartman. Other inspirational trombone teachers were Don Miller (Buffalo Philharmonic) and Glen Dodson (Philadelphia Orchestra).
Since 1993 he has been the Director of Bands at The Langley School in McLean, VA. At Langley, Chuck teaches 4th - 8th grade band, middle school general music, theater tech, and leads a student pit ensemble for drama productions. He has also led band programs in the public schools of Fairfax County, VA and in Millbrook, NY. He has played tenor and bass trombone with the Loudoun Symphonic Winds, the pit orchestra for Sterling Playmakers, the Academic Brass (GWU), and the James Bazen Big Band. He is on the instructional staff for the Potomac Falls High School Marching Panthers.
His very musical family includes his wife, Deborah (violinist, pianist, and music teacher for Loudoun County schools), and children Kieran, Myles (euphoniumist) and Ciara (oboist). 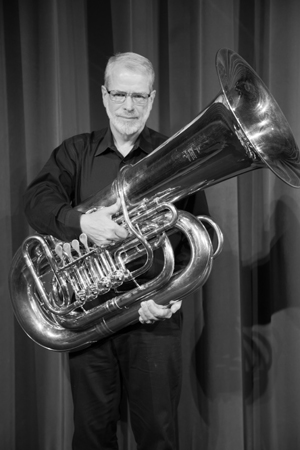 Rick Denney has performed on tuba since 1970, and currently performs with the Loudoun Symphonic Winds. He was also the long-time president of the Loudoun Community Band, Inc., which is the umbrella arts corporation that includes the Loudoun Symphonic Winds and the Loudoun Brass Quintet, among other ensembles. He has performed with many premiere amateur wind bands and orchestras, including the Austin Symphonic Band, the San Antonio Municipal Band, the Town North Concert Band (Dallas), the Plano Community Band (Plano, Texas), the Community Symphony in Austin, and the Mesquite (Texas) Symphony.
In addition, he has founded and performed with smaller ensembles, including the Community Symphony Brass Quintet (Austin), the Heritage Brass (Dallas), the White Rock Brass Quintet (Dallas), the Low-Down Brass (San Antonio), and as a founding member of the TubaMeisters, in which he performed regularly at Fiesta Texas theme park in San Antonio among many other places, and in which he appeared on German television documenting German folk music in the U.S. He has studied with Michael Sanders (of the St. Louis Symphony) and Lee Hipp (of the San Antonio Symphony).
In his day job, Rick serves as a civil engineer in the U.S. Department of Transportation, after a noted career as a consultant and in all levels of government. In addition to the tuba, Rick devotes his remaining free minutes to photography, amateur radio, and the restoration of his vintage motorhome. 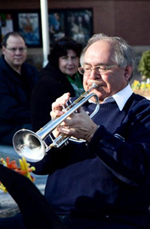 Richard L. Moreno was born in Colorado, and was a loving husband to his wife of 45 years, Sharon, and a deeply proud father to his three children Andrew, William, and Joanna. He was an especially proud grandfather to a grandson of whom he showed pictures at every opportunity. He worked in accounting and financial management and retired from the U.S. Treasury Department in 2004. Richard Moreno passed away on November 5, 2017, after an extended illness, and he is deeply missed.
For fifteen years Richard taught private trumpet instruction with Melodee Music of Sterling and the Parkview Music Enhancement Program. He had several trumpet students selected as semi-finalists in the National Trumpet Competition which is held on an annual basis at George Mason University. Richard started playing the trumpet in fourth grade in Denver, Colorado. He studied with Mr. Mark Schirllo, U.S. Marine Band and Mr. Paul Lindsay, U.S. Navy Band. It was at Mr. Lindsay’s encouragement that he started the Loudoun Brass Quintet in the fall of 1998. He also proudly performed with the Washington Redskins Band.